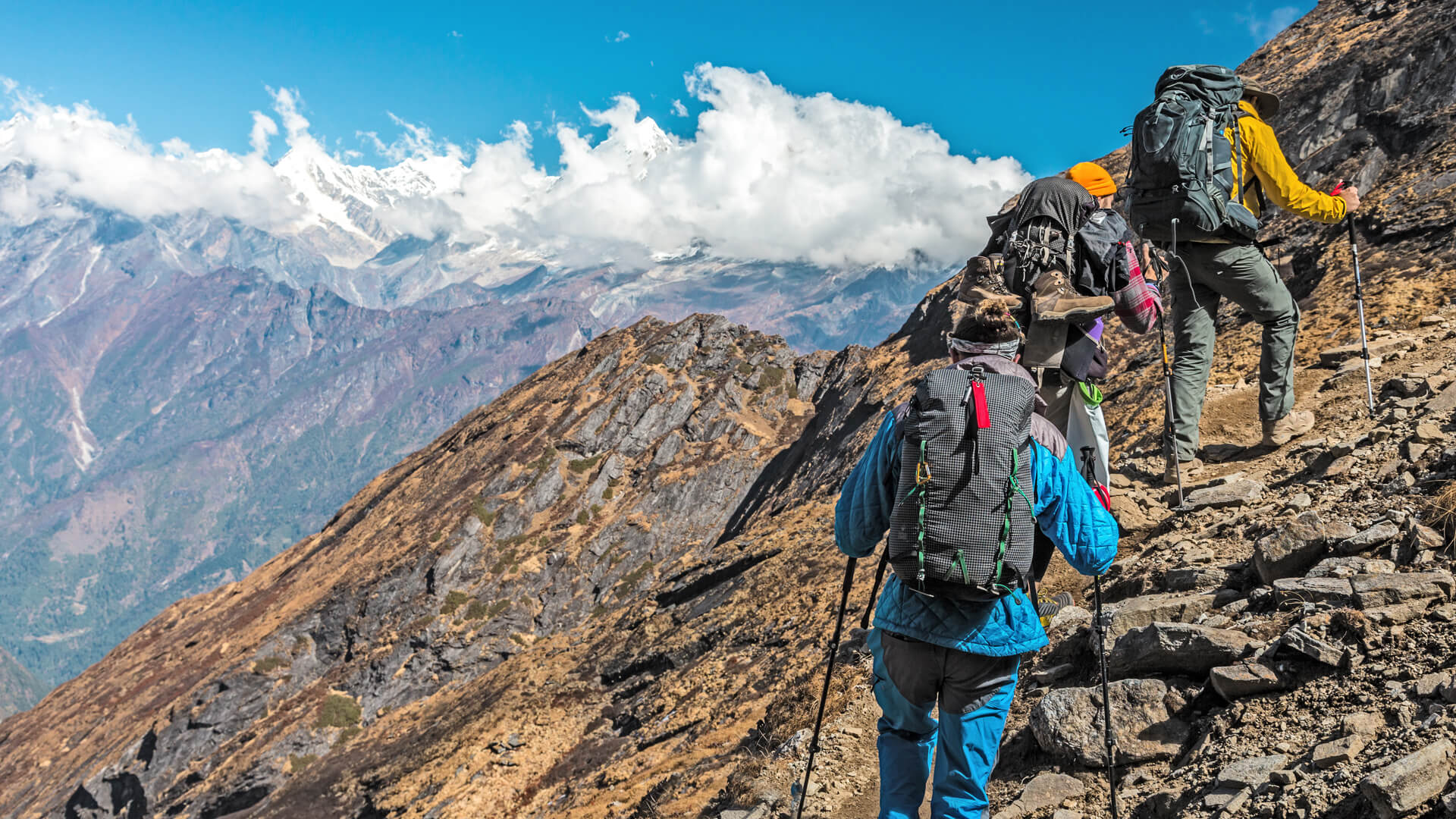 The Annapurna region is an area in western Nepal where some of the most popular treks are located. The region is generally taken to include areas around the Annapurna Range (Annapurna Himal), the Dhaulagiri Range and the Kaligandaki River valley. Peaks in the Annapurnas include 8,091m Annapurna I, Nilgiri (7,061 m) and Machhapuchchhre (6,993 m). Dhaulagiri I (8,167 m) is just to the west of the Annapurnas, Most of these peaks are visible throughout the region on clear days. The Annapurna Conservation Area is also located in the region.

Among the popular treks in the region are the Annapurna Circuit trek which circles the Annapurna Range, the Kaligandaki River Valley trek which brings you up the world's deepest valley and the Annapurna Sanctuary Trek up to the Annapurna Base Camp. There are many more trails for shorter treks. The region includes the Trans-Himalayan areas north of the main Himalayan Ranges, where the land is arid and the culture more Tibetan than Hindu.

The ideal time for visiting Annapuran Region is from September to November this time period is considered a peak tourist season  where several tourists indulge in trekking and hiking. Summer generally lasts between May to August, which is experiences a dip in tourism of Annapurna, as a  by September, the weather gets better welcoming the Autumn season. This is, again, a great time to visit Pokhara for budget travelers.

How to reach Annapurna Region?

Places to visit in Annapurna

Annapurna Conservation Area
Annapurna, one of the largest mountains in the world is most famous for its trek. The treks here go beyond the nature sight-seeing and take into account the Nepalese culture, diverse ethnicities and rustic mountain life in general. The Annapurna circuit is within the range of central Nepal. The total length is from 160-230 km, which makes it a moderate-difficult trek. The trek rises to 5,400 m on Thorung La Pass and even touches the Tibetan plateau. This trek is usually 15-20 days and you will walk through numerous river crossings over steel-wooden suspension bridges.The trek usually begins from Kathmandu and the first trek is towards Khudi. If you have to shorten the trek, fly out from Jomsom Airport in Jomsom. 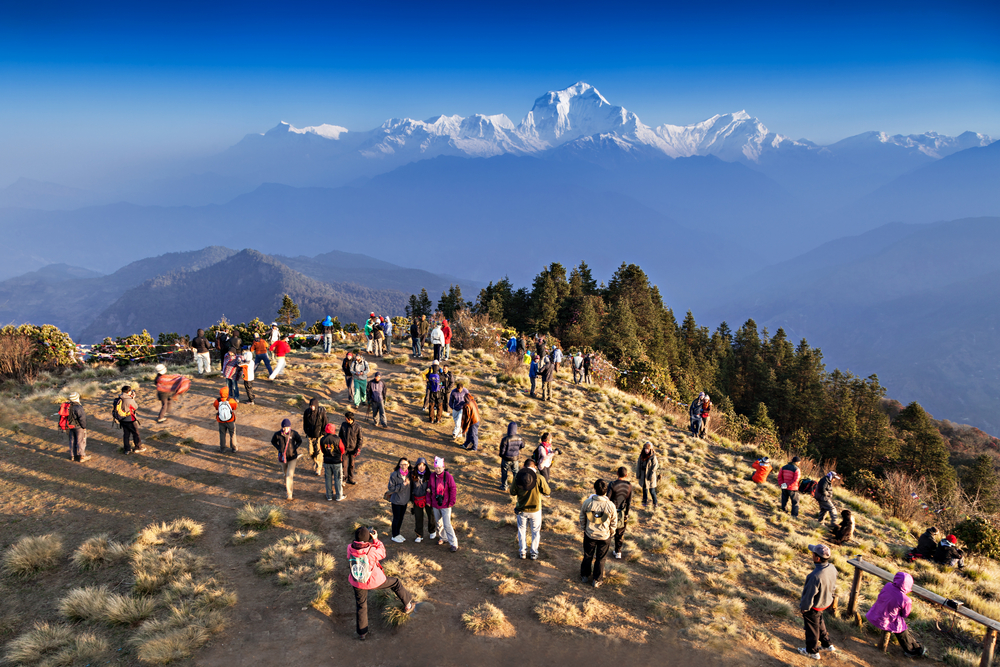 Ghorepani Hill
Experience stunning views of the Annapurna range. Enjoy eating hearty meals during this introductory trek. If you are interested in doing a safe, beginner’s level trek, then this oddly comfortable trek is the right option for you. The trek usually takes 2-5 days, depending on the tour you decide to go with. The energizing fresh mountains and the enthralling natural beauty of dramatic Annapurna range will cast an impression on your mind. The leisurely trip will also involve a cultural exchange, giving travelers the opportunity to meet and greet people from Nepali. The trek usually begins from Poon Hill and provides you a chance to discover Lake City of Pokhara. 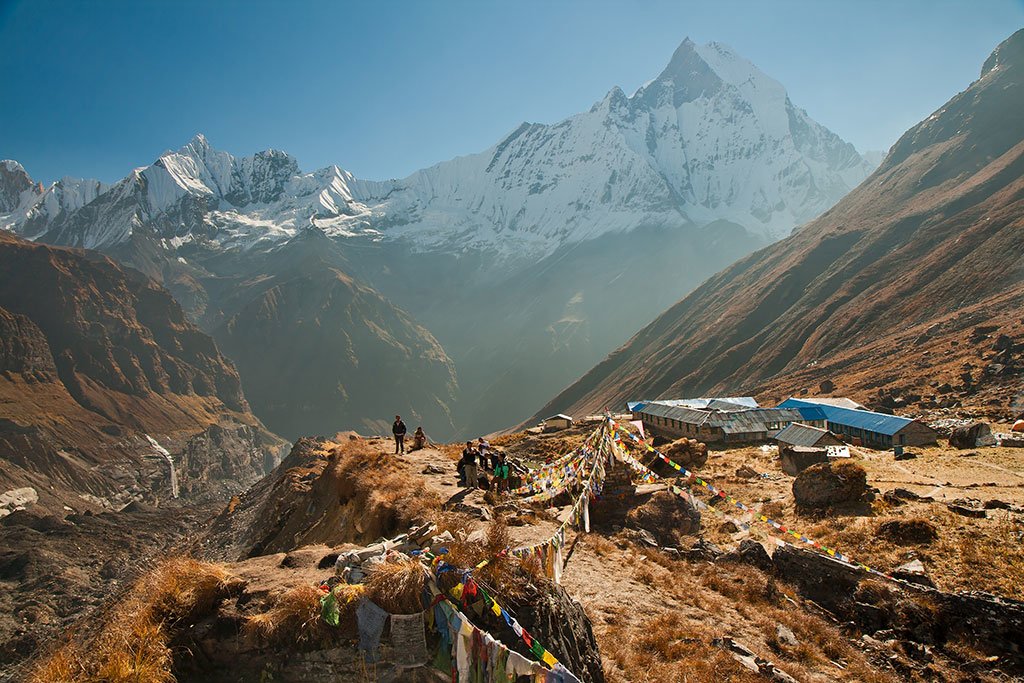 Annapurna Base Camp
If you are ready to embark on an adventure, if you are ready to take a step ahead in trekking, then the Annapurna Base Camp is the right option for you. The trek is recommended for those who have already handled moderate difficulty trek, as the steep trek, with difficult walking trails is meant for experienced trek lovers.
Sheltered from storms and unaffected, the trek takes about 7-10 days depending on the option you take. The domineering peaks of Annapurna and Fishtail are visible during this summit. The paths are stunningly beautiful. The mossy jungles and snow-speckled expanses at this place and the gorgeous sunlight will melt your heart.

Siklish Trek
An alternative trekking route for beginners and introductory trekkers, this particular trek takes one through the corners of Annapurna Conservation Area. If you are an ecology enthusiast or a nature lover, then this trek is particularly designed for you. The trek takes you through the beautiful Begnas Taal along with the paths ascending gently and steadily uphill, making it is easier for introductory trekkers to enjoy learning the art of trekking. The highlight of this trek is the routes. They are easy for beginners and the homeland of Himalayas opens its arms to give trekkers an opportunity to explore.
Tsume Valley Trekking
Located against the majestic backdrop of Ganesh Himal and Buddha Himal ranges is the Tsum Valley, which is perfect for beginners’ trekking experiences. The valley, which occupies 1663 square kilometers is well known for its cultural diversity and magnificent panoramas of the mountains around. The place is popular for its Buddhist culture and traditions as well. The trek is not just an adventure. It is also a spiritual experience. The sacred pilgrimage valley here is home to Buddhism as well. When you pass through the valley, you get the opportunity to climb Arughat, visit Gumba Lungdang and then ascend to Soti Khola before going back to Arughat. The trek can last for anywhere from 12-21 days. 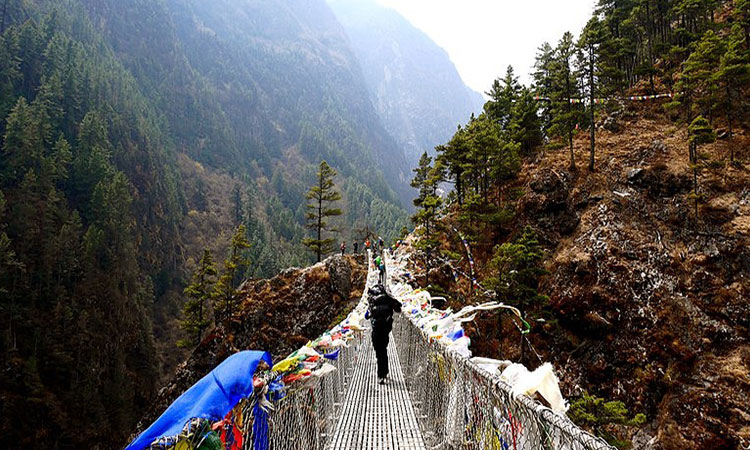 Annapurna Circuit
Sometimes, you don’t just trek for the physical activity or the adventure, but you trek for an experience- the one that can be narrated to everyone around you. This is one such trek. Annapurna Circuit is a popular trek, with the route varying from 160-230 kilometer depending on the transportation and the road taken. This route takes you through the edge of Tibetan Plateau, which is a mind-boggling experience. You also get to go through Thorung La Pass, where the trek rises to the altitude of 5400 meters. The climate zones change dramatically. The trek usually takes 15-20 days.

WE WOULD LOVE TO TALK ABOUT YOU HOLIDAY PLAN. FOR A BOOKING OR ANY INQUIRY FEEL FREE TO CONTACT US AT 24*7 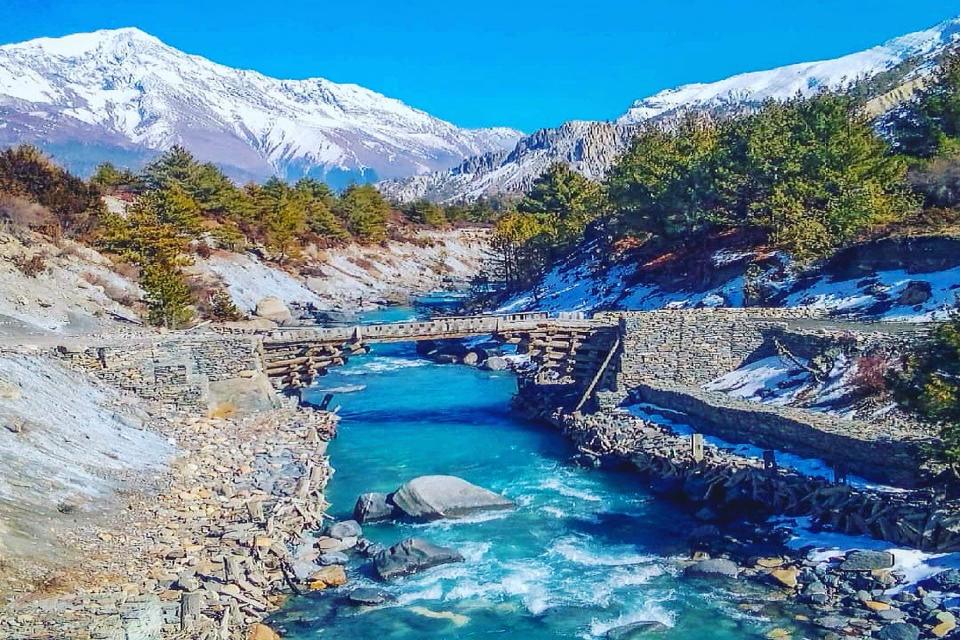